The cricket challenge continues with the Coles Grant & Jones team playing the team from Mansell Construction on the longest evening of the year - 21st June 2011. 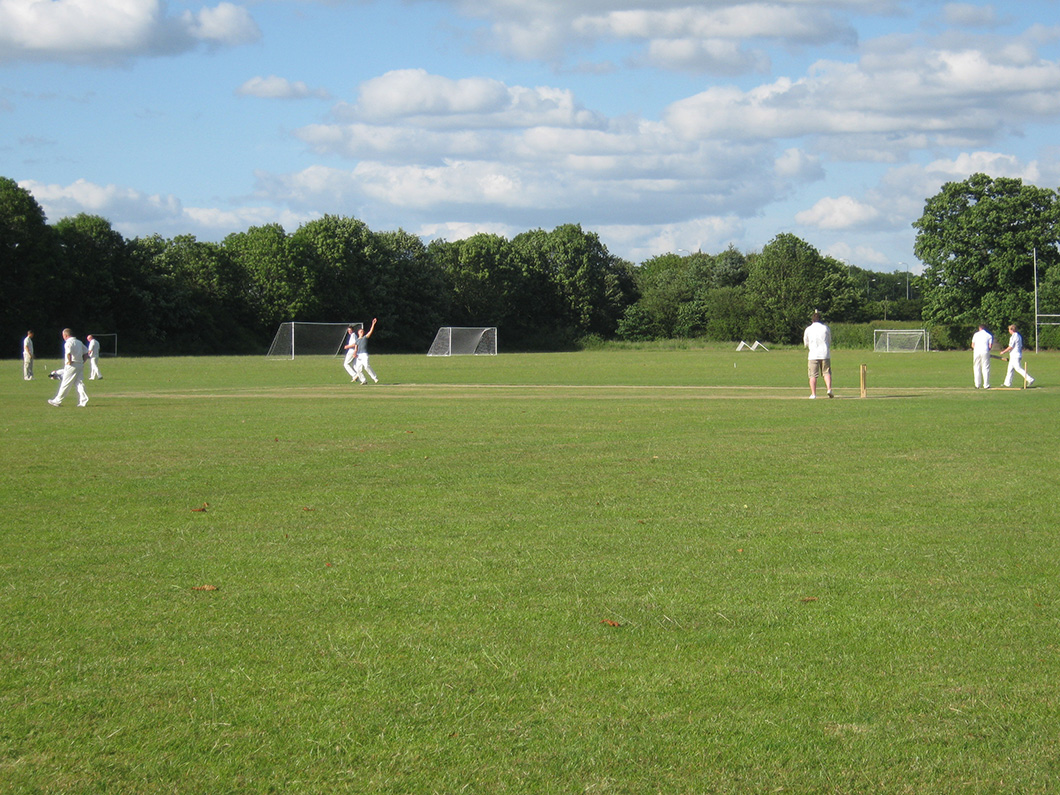 The weather started out very windy with a looming threat of rain, however the wind soon dropped & the rain held off for the duration of the match. Following many years of debatable marking, we have invested in a new scoreboard this year, allowing the players in the field to constantly monitor the scores.

Mansell elected to bat first with Chris Gorman & Ian Giles taking to the field as the opening batsmen. Both were swiftly dispatched back to the sidelines following a couple of easy catches from the bowling arm of CGJ’s David Smith.

Next up was Steve Oldacre & Dean Howard again both were sent back to the spectators area fairly swiftly followed by Ben Smith, Jason Cooper, Mark Boland & Alistair Cappell who didn’t hang about long either!

The Mansell team seemed to get their act together during the second round of batting & seemed a different team, notably Steve ‘Slogger’ Oldacre & Ian ‘knock it for 6’ Giles who were knocking us to the boundary for 4 on every other delivery! This pairing also produced the only 6 of the match scored by Ian.

The Mansell team had managed to clock up a total of 92 runs during their 20 over period.

The Coles Grant & Jones team swapped from fielding to batting for the second half of the match with our youth element of Charlie Briscoe & Matt Nicholls with Charlie’s brother following on. Next was David Smith who managed to increase our score by a respectable 32 runs before retiring having faced his quota of deliveries.

There was some very good wicket keeping from Alistair ‘Sledger’ Cappell during the Mansell stint at fielding.

Craig Coles & Paul Ravenhall were next to bat with Craig adding another 10 runs to our score. This pair were then followed by Paul Smith (David’s brother) Geoffrey Stevenson & Chris Tooze giving us a second victory of the series with a total of 98 runs for 14 over’s. This was a convincing win following Coles Grant & Jones highly controversial loss at last years clash with the Mansell Construction team.

After the match it was back to the Old Silhillians Memorial Clubhouse to enjoy a few drinks & a ‘meat fest’ barbecue with some post match debates & banter from all sides.

Thanks to all those who participated, players, supporters, scorers & umpires alike We hope that you all had an enjoyable evening  & we all look forward to seeing you at next years match.

The Teams from Left to right:-