Well we have reached the halfway point of the 2011 Coles Grant & Jones (CGJ) cricket challenge marked by the match against Galliford Try plc taking place on the evening of 5th July 2011. 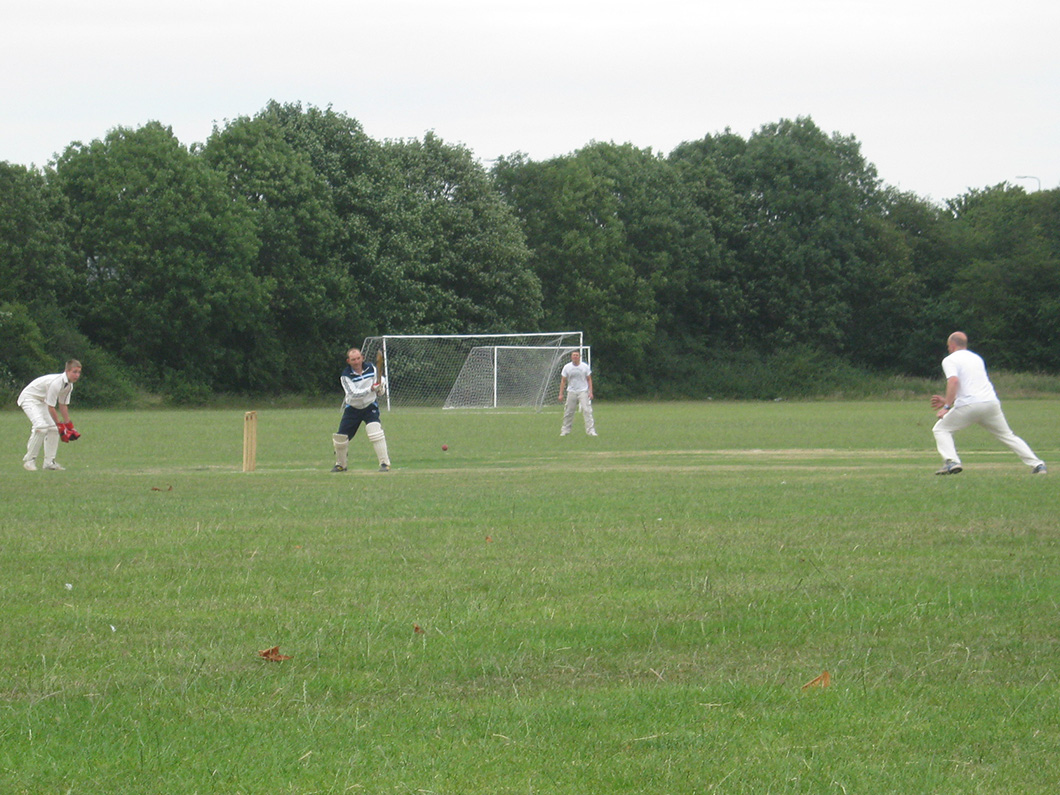 The weather forecast was for rain but we forged ahead with our plans to go ahead the match & set out the spectator’s area with the seating & gazebo shelter. The clouds were looming but the rain held off for the first half of the match.

The team from Galliford Try were not at full strength this year so took a loan of one of the CGJ players in the form of John Cattell, Thanks John.

Galliford Try won the toss & elected to bat first with Brian Duke & Stewart Dawson-Derry taking their positions at the crease. Both were soon knocking balls all over the place reaching the boundaries at will, however their downfall began when CGJ’s David ‘One Hand’ Smith took a spectacular one handed catch at full stretch from Brian. Stewart went on to score of 15 runs during his first stint at the crease & a further 7 during his second session giving a cumulative score of 22 runs. Stewart was not however Gallifords top scorer; this accolade went to Craig ‘Smasher’ Ray who scored a total of 47 runs!

Joining Craig on the field of play was John McCabe followed by Darren Brookes, Dan Cahoon, Luke Ray, Mick Brown, & John ‘The Splitter’ Cattell.   The Galliford Try team had scored a very respectable total of 125 runs by the time that all 20 over’s had been bowled. This is the highest score achieved by an opposing team to date this year giving the CGJ team a huge hill to climb. 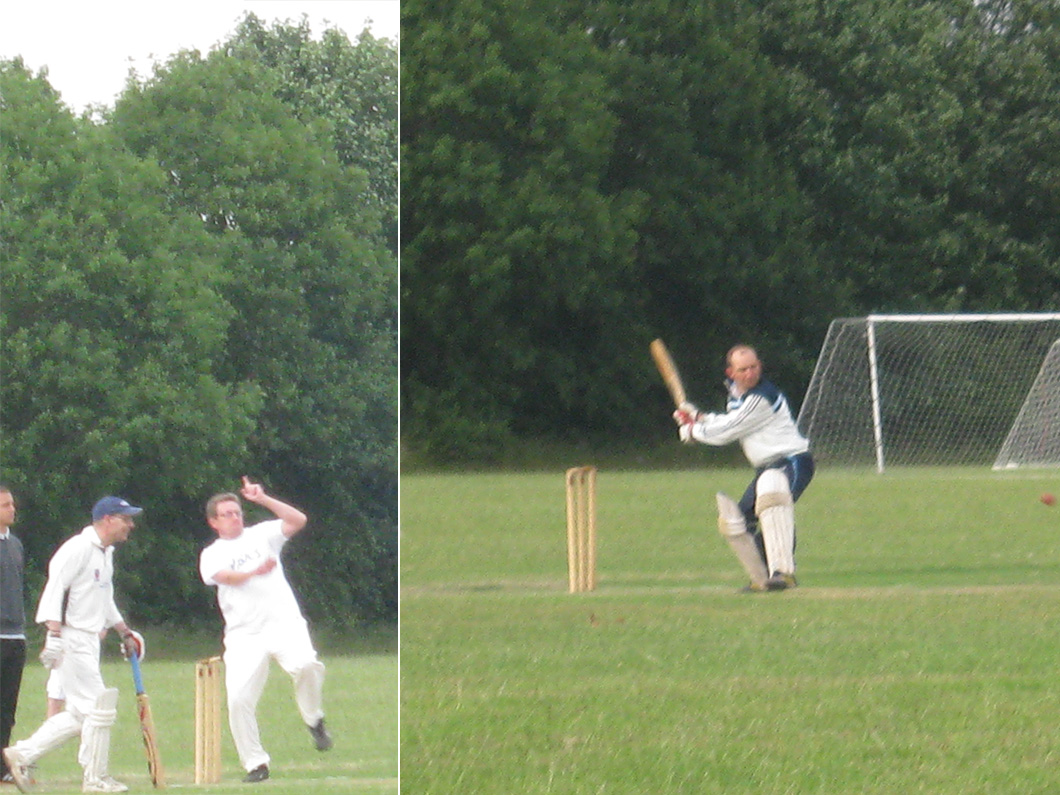 The Coles Grant & Jones team then took up the batting for the second half of the match with David & Paul Smith opening. CGJ were under instruction from team captain Craig ‘Kamikaze’ Coles to run at every opportunity.

Following this instruction David & Paul were soon running end to end with gusto but came unstuck when Dave managed to run his brother out. Paul ‘Upset’ Smith sloped back to the sideline. The Smiths managed to score a total of 23 runs between them. The younger elements of the CGJ team were up next in the form of Will Briscoe, Ashley Jones & Wills brother Charlie Briscoe. Charlie had a good innings scoring a total of 22 runs greatly aiding CGJ’s task of reaching 125 runs.

Next in was Craig Coles who also scored a total of 22 runs making him equal top scorer for the CGJ team.

By now the rain had started to fall but the Galliford Try team stayed at their posts in the field throughout the shower, keeping the game alive. Paul Ravenhall took up the batting with Craig & between them they managed to nudge the score beyond the required goal of 125 runs giving CGJ another victory in the series leaving them unbeaten (to date) this season. 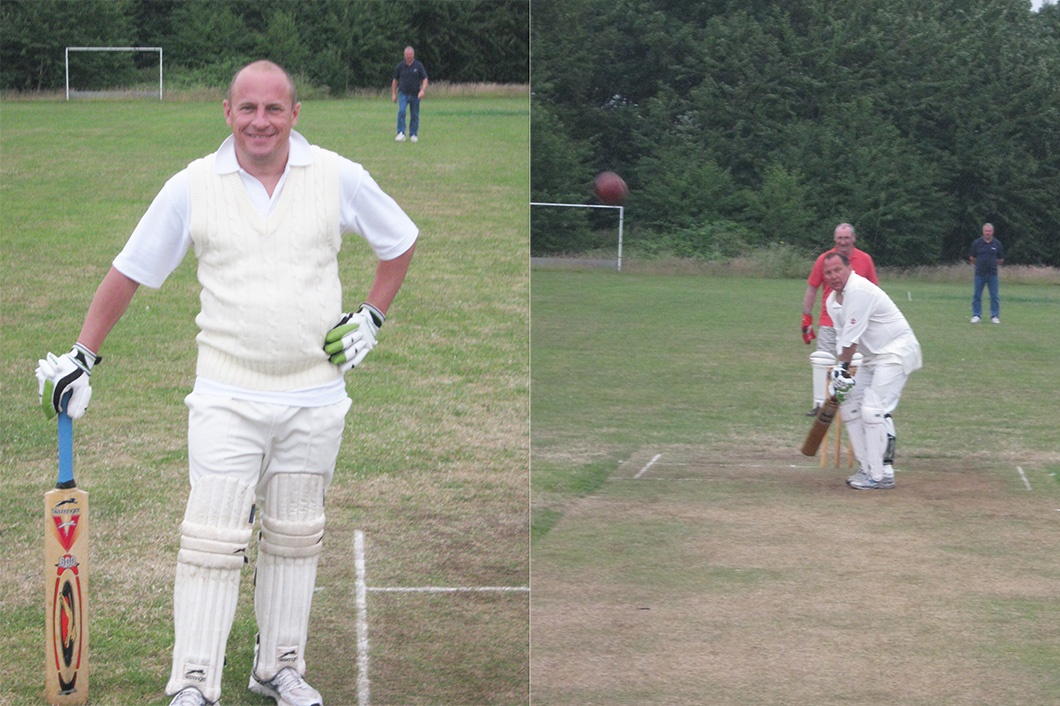 Leigh Moore had a short innings before it was decide to finish the match leaving Chris Tooze, Geoffrey Stevenson & Carl Jones in the wings for next time.

Both teams retired to the Old Silhillians Memorial Clubhouse for a few drinks, post match chat & a barbecue.

Many thanks to all participants, players, supporters, scorers, umpires, fetchers & carriers shelter erectors, & photographers all who made a great contribution in making the evening enjoyable.   We trust that you all had a great evening  & we all look forward to seeing you next year.

The Teams from Left to right:-